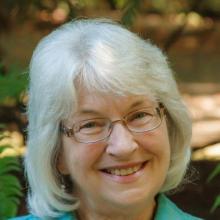 What if the forces behind events are not as they appear? Set in different eras that span the 20th Century, the three stories in this lyrical novel, linked by images and juxtapositions, examine the unexplainable influences that redefine and transform our lives.

In Linda Stever’s latest release, Don’t Look Away, three stories intertwine across space and time. In post-First World War England, Vita is torn between her identity as a wife and mother, and her emerging role as the trouser-clad lover of Violet; Bill, an American infantry soldier new to the European front in the Second World War, is taken prisoner in the Battle of the Bulge; and in the 1980’s a middle-aged woman with a “good-enough” life, meets Thomas, an unusual and much younger man.

Linda Stever is the winner of the Lois Cranston Memorial Poetry Prize, and a finalist for numerous prizes in poetry and fiction. Her first book, Against My Dreams, is a compelling verse history of a Norwegian immigrant, based on her grandmother’s life. Born in Connecticut, Strever received an MFA in Creative Writing from Brooklyn College. Her work has appeared in Beloit Poetry Journal, CALYX, Spoon River Poetry Review, and elsewhere. Strever and her wildlife photographer husband live in the Pacific Northwest, where she writes and creates art quilts.

Against My Dreams: An Immigrant's Story (Paperback)