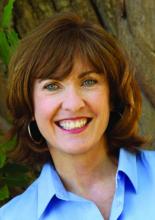 A blend of mystery and fantasy, a twist of Irish mythology, and a cast of fascinating and delightful characters  make Beyond the Door a riveting tale. A broad range of readers will be drawn in to this coming-of-age story. A brother, a sister, and the school bully must join forces to confront the ancient evil Beyond the Door. Maureen McQuerry’s latest release is the first in her middle-grade Time Out of Time duet.

"McQuerry smoothly blends adventure, coming-of-age, and mystery with a mythological world where special academic and problem-solving talents are required assets rather than nerd-bait for bullies. The characters are charming, and the quirky, supernatural good guys are compassionate and forgiving." -- VOYA

In McQuerry’s previous middle grade novel, The Peculiars, Lena sets out on her 18th birthday to search for her father, who disappeared into the northern wilderness of Scree. The Peculiars received YASLA, Bank Street, Horn Book and Westchester YA best  book awards.  A Booklist Starred Review calls The Peculiars  “a brooding northwest setting touched by steampunk elements to tell a story that is in equal parts inventive fantasy, light romance, and thrilling adventure. Underneath it all runs the current of Lena’s questionable lineage, and what she must do to live with the answers. With a backdrop as strong as its heroine, this one is a page-turner. "

Maureen McQuerry taught for over twenty years, and loves to visit classrooms to share her love of language and books, and encourage students to follow their passions. She will be presenting at Icicle River Middle School earlier in the week. Maureen is a frequent presenter at writing conferences. She has published two nonfiction books and numerous poems, and was the 2000 McAuliffe Fellow for Washington State.  She lives with her husband near the banks of the Columbia in Richland, Washington.

Time out of Time: Book One: Beyond the Door (Hardcover)