Book Signing: A Doctor's War by Peggy Ludwick, Letters and Reflections from the Frontlines of World War II 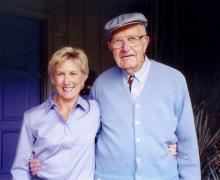 A Doctor's War is a unique perspective of war. As a Medical Officer on the frontlines of WWII, responsible for the physical and emotional well-being of traumatized and wounded soldiers, Lt. Col./Maj. Arthur L. Ludwick M.D. was engaged in some of North Africa and Italy’s bloodiest battles. This riveting historical narrative is also a daughter’s discovery of the courageous and idealistic young man she never knew, before he became her father.

Major Ludwick’s keen observations on the landscapes, cultures, and people he encounters are packed into the 265 eloquent love letters written home to his wartime bride of just two months. Based on a rich archive of interviews, letters, photos, and military documents, this captivating chronicle of our country’s last “good war,” gives new insights into true leadership, human character, and the irrational nature of war.

This book is both a war story and a love story, and has appeal to a wide range of readers. Visit the book's website to view an extensive gallery of photos, read excerpts from the book, and learn how the book came to be. You can also view the book's trailer here.

WWII historian and best-selling/Pulitzer Prize winning author, Rick Atkinson, for his The Liberation Trilogy, has this to say about the book:

“Intimate and compelling. A DOCTOR’S WAR captures the vivid, often poignant experience of a frontline physician during WWII’s brutal campaigns in North Africa and Italy. Dr. Arthur L. Ludwick, Jr. illuminates not only the war, but also the humanity to be found, despite the war.”

Peggy Ludwick’s professional background is in Microbiology and Public Health. Discovering her father’s 265 eloquent wartime letters home was a revelation, and a gift she felt compelled to share. In 2015, she returned to live in her hometown, Wenatchee, WA, where she continues to pursue a variety of writing projects in between visits to her three children, and grandchildren.

Dr. Arthur L. Ludwick Jr., served with distinction on the frontlines of WWII and earned the Purple Heart in Tunisia, and the Silver Star for “gallantry-in-action” in Italy, both unusual combat commendations for an unarmed Medical Officer/regimental combat surgeon. “Lud” was a beloved family practice physician in Wenatchee, WA for over 50 years, taking care of generations of families.

The book will be available at the store exclusively at this event. 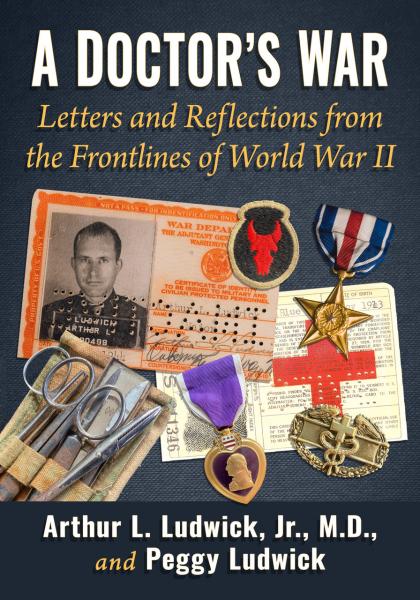