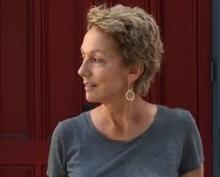 Kay Kenyon shares newly released Nest of the Monarch--the electrifying conclusion to the Dark Talents series. Undercover in 1936 Berlin, Kim Tavistock uncovers a massive conspiracy that could change the course of the war—and she’s the only one in position to stop it.
In Berlin on her first Continental mission for SIS, Kim hobnobs with Nazi officials, hoping for a spill that will unlock a secret operation called Monarch. Berlin is a glittering city celebrating Germany’s resurgence, but Nazi brutality darkens the lives of many. When Kim befriends Hannah Linz, a member of the Jewish resistance, she sets in motion events that will bring her into the center of a vast conspiracy.
To stop Monarch and the subversion of Europe, Kim must do more than use her Talent, wits, and courage. She must step into the abyss of unbounded power, even to the point of annihilation. Does the human race have limits? Kim does not want to know the answer. But it is coming.
Location:
A Book For All Seasons
707 Hwy 2, Suite B
Leavenworth, WA 98826

At the Table of Wolves (A Dark Talents Novel) (Paperback)

Serpent in the Heather (A Dark Talents Novel) (Paperback)

Nest of the Monarch (A Dark Talents Novel) (Hardcover)