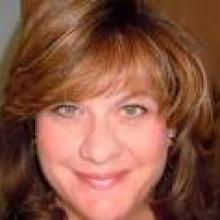 War Bonds offers readers a glimpse of bygone days, as well as a poignant glimpse of our own. In War Bonds, Cindy Hval captures the courage, tenacity and commitment of the Greatest Generation.

From blind dates to whirlwind romances to long separations, War Bonds highlights stories of couples who met or married during WWII. Each of the 36 stories is illustrated with photographs from the 1940's as ell as current photos of each couple. Each begins with a World War II-era song title and concludes with a look at wartime couples in their twilight, as well as when they were so hopeful and young and determined to save the world.

“War Bonds eloquently tells the stories of the love for the 'girl back home' which sustained and gave courage to so many young men during times of great peril. A must read for any romantic.”-- Tony Lamanna, director of Inland Northwest Honor Flight

“War Bonds is more than an introduction to World War II history. Every story in this collection fairly resonates with that mysterious kind of love we all hope to find—the kind that conquers and heals and lasts forever.”-- Carol Edgemon Hipperson, author of Radioman: An Eyewitness Account of Pearl Harbor & World War II in the Pacific

“Mrs. Hval is a first-rate professional writer. War Bonds should be a bestseller, and not only a bestseller but a long-term seller.”-- Patrick F. McManus, New York Times best-selling author of the Bo Tully mysteries.

Cindy Hval is a columnist and correspondent for Spokane’s Spokesman Review. Her “Front Porch” column offers humorous, often poignant commentary about life, love and raising sons– not necessarily in that order.