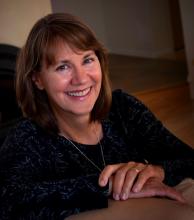 "If you loved Downton Abbey, you'll devour Invisible by Day. Teri Fink recreates World War I era England with vivid details, but while she paints the era with love, she doesn't sentimentalize it. Instead, she captures much of the brutality, sexism and class warfare that defined the times. A detailed, sweeping novel that explores three of the most compelling facets of human life: love, war, and redemption." -- A.C. Fuller

Born into the Scottish working class, Kate McLaren is a servant. She is wooed by wealthy Lord Des McGregor, and falls in love with him, but marries James Casey, a young man from her village. They live in London, where James' career thrives, and start a family. But Des is still obsessed with Kate.
Then the Great War comes along and changes everything. As Kate struggles to make a new life for herself with James away at war, she suffers a grief too great to bear--a dark night of the soul--and stumbles upon a secret that threatens her very existence.
A glance into Great Britain of the early 1900s, where the lives of the working class and the wealthy elite intertwine. Vanish into this historical novel, and share the love, pain, agony, and delight of those trying to make their lives against the backdrop of the Great War.
Location:
A Book For All Seasons
707 Hwy 2, Suite B
Leavenworth, WA 98826